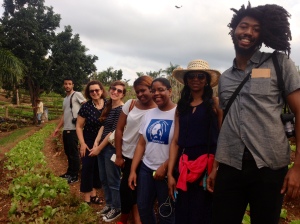 My day job, when I’m not blogging or reporting on education reform, is teaching journalism at Baruch College/CUNY. Last January, I had my single greatest teaching experience when I led a group of 11 students to Cuba. Now, I’m incredibly proud to report that the package of articles my students produced during their trip to Cuba, and published on Dollars & Sense, Baruch’s online magazine, won an award for Best student business journalism of 2015, from the Society of American Business Editors and Writers (the nation’s largest and most influential group of business journalists); the package was called “Cuba in 2015: Entrepreneurism on the Rise.”

Baruch College is one of the most diverse schools in the country. The majority of our students are immigrants or children of immigrants.  Many are the first members of their families to go to college. And most attended public schools. Virtually all the students on our trip relied on grants or scholarships to pay their way to Cuba.

The purpose of our journey was to report on the recent economic changes instituted under President Raul Castro, especially in the new small-business sector of so-called cuentapropistas, which, as of last January, numbered close to 500,000 Cubans, triple the number in 2010. We arrived at the most opportune time—just weeks after President Obama and President Castro announced their historic détente, which has begun to open Cuba to more American goods and visitors and is now paving the way for President Obama’s visit to Cuba, the first by a sitting American president since Calvin Coolidge visited the island nation in 1928.

Here is the blog post I wrote after our trip last January, “Adventures in Cuba with My Journalism Students.”